We are pleased to announce that The Last Orangutans has been nominated for Best Environmental Short at the Miami Short Film Festival, November 24th-December 1st in Miami, Florida.  From the festival..

“Out of the 700+ submissions we received this year from filmmakers all over the word, we selected 74 to be in the Miami short Film Festival. From those, a handful of films from each category were nominated and voted on by our board of judges. The winner in each category, as well as the “Best of Festival” winner, will be announced during our Awards Ceremony on the last night of the festival.”

Take a minute to scope out there site and let us know if you’ll be out in Miami as we are sure to attend. 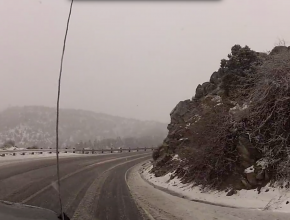 Bring on the Snow!

After the never ending LA summer, we at M.Samuels Media can't wait for the temps to drop and the snow to fall.  We have several…